June 2018 I made a further education in interaction Design from interactive dock. To get a certificate we had to made a work to replay what we've learned in this course.
I took Turicum Distillery or as you might know their most famous product Turicum Gin. My beloved Brother is one of the founders and so I worked and helped from the beginning and fill many tousends of bottle or stand behind the bar.
Their Website fulfills my criterias to work with a site, that is shitty and bit more komplex as a onepager.

Team
All by my self

In the beginning the website was riddled with secret subsites and confusing structures as well as broken elements and no real responsivness. At the same time, they wanted to change their name from Turicum Gin to Turicum Distillery, to better promote their other products and service offers. The design should stay similar, so I didn't have to focus on that, which was new for me. 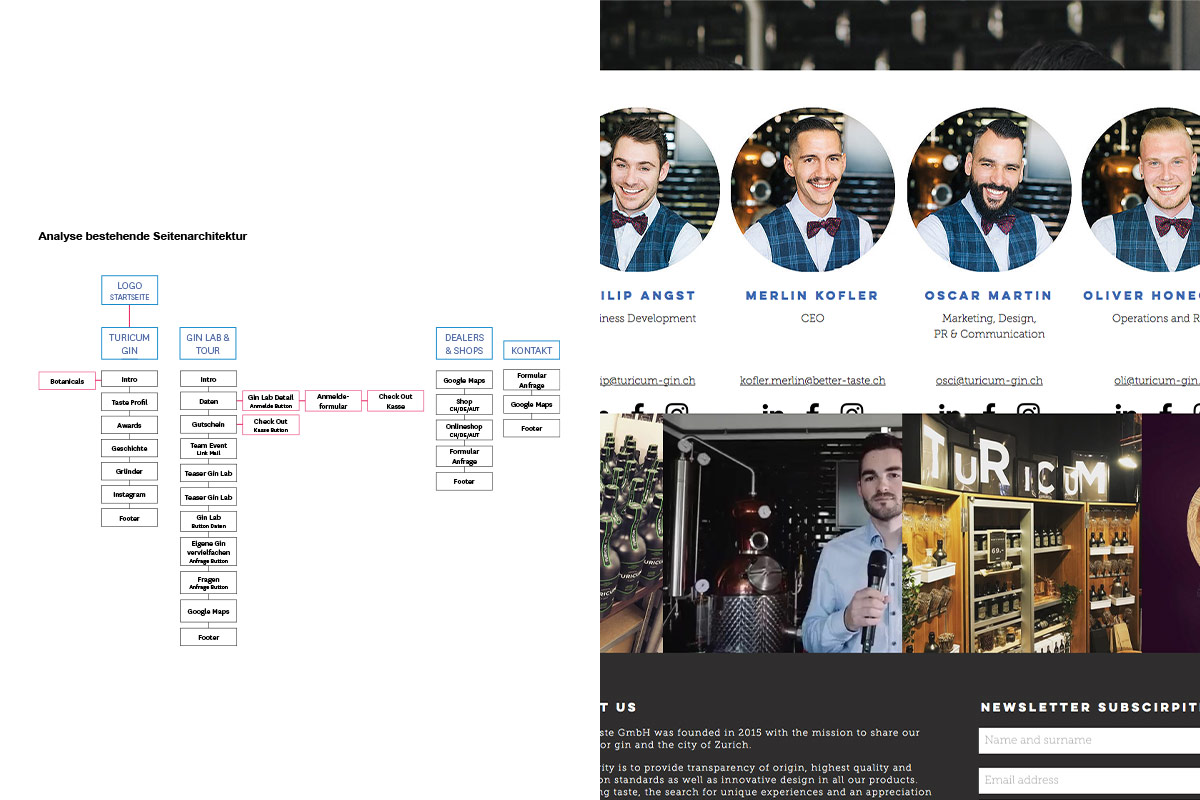 I've made an analyse from the actual site, fellow competitor and target group as well personas. A catalog of requirements, concept and new Sitemap. Then at first Wireframes sketches and for the Usertesting a high fidelity prototype and to the end usertesting.

I analyzed the actual site, fellow competitors and target groups as well as personas. A catalog of requirements, concepts and a new sitemap. Then at first I made Wireframe sketches and for the usertesting a high fidelity prototype. 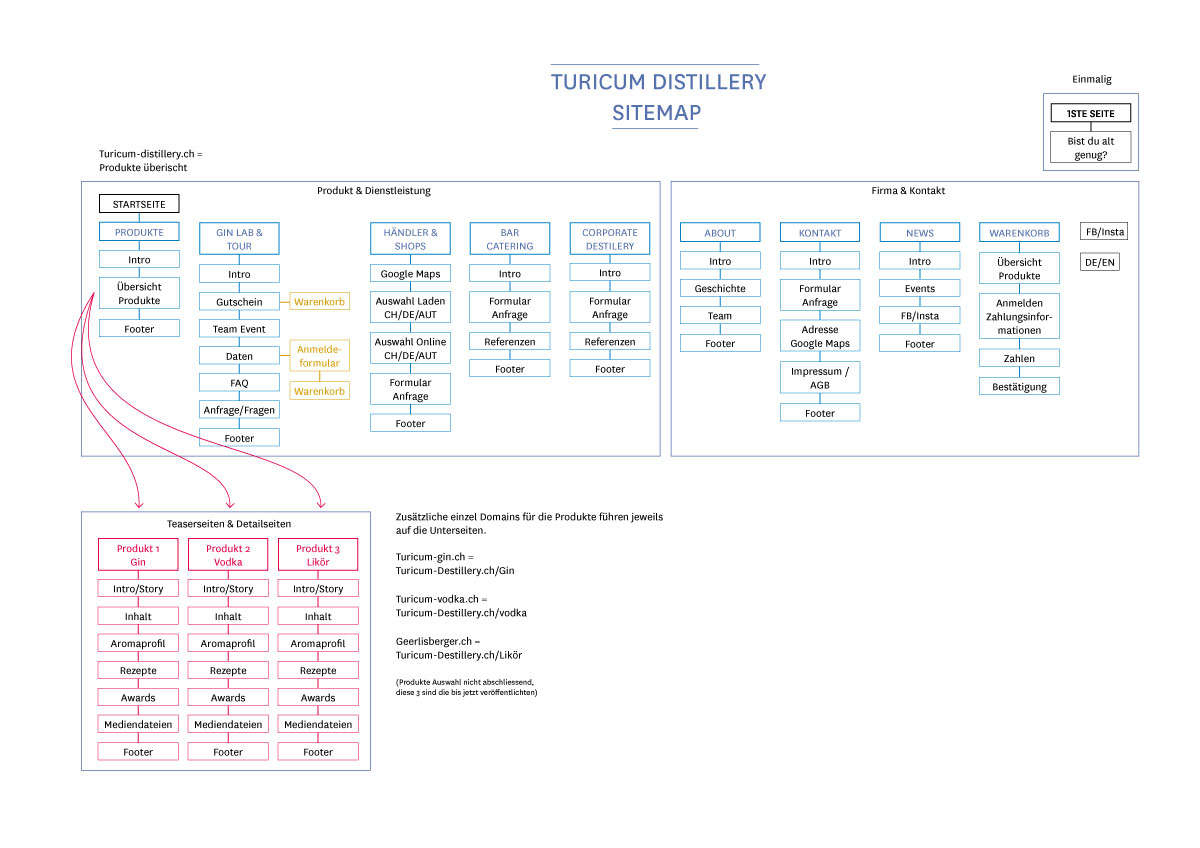 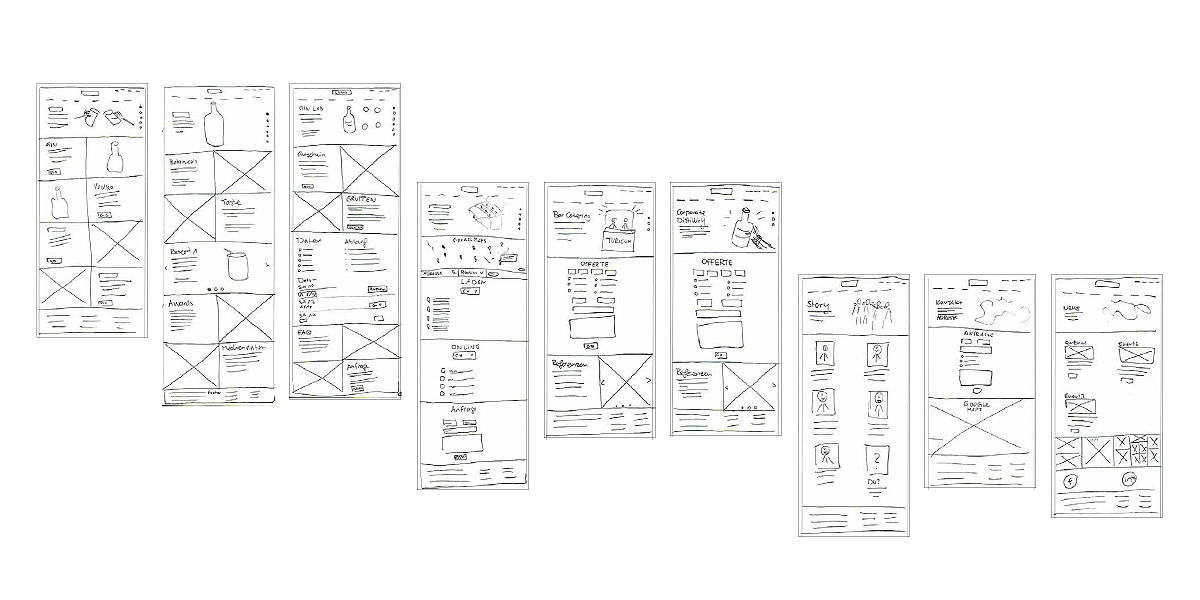 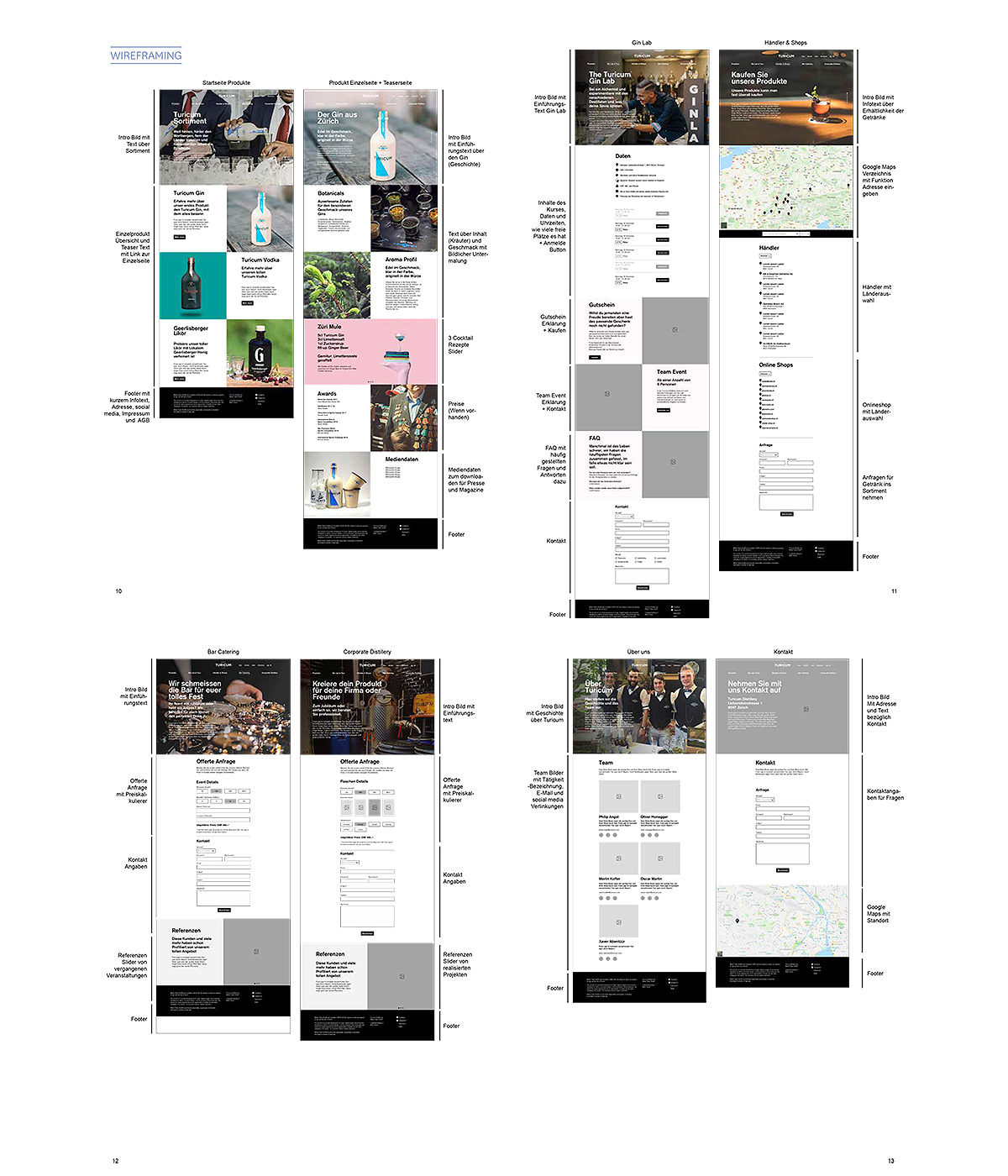 I really had a lot of fun with this project and it was very eye Opening, which was represented by my grade which was a 5.5 from 6. Unfortunately they didn't want me to realize the concept, because the person who originally designed it decided to do it themselves. 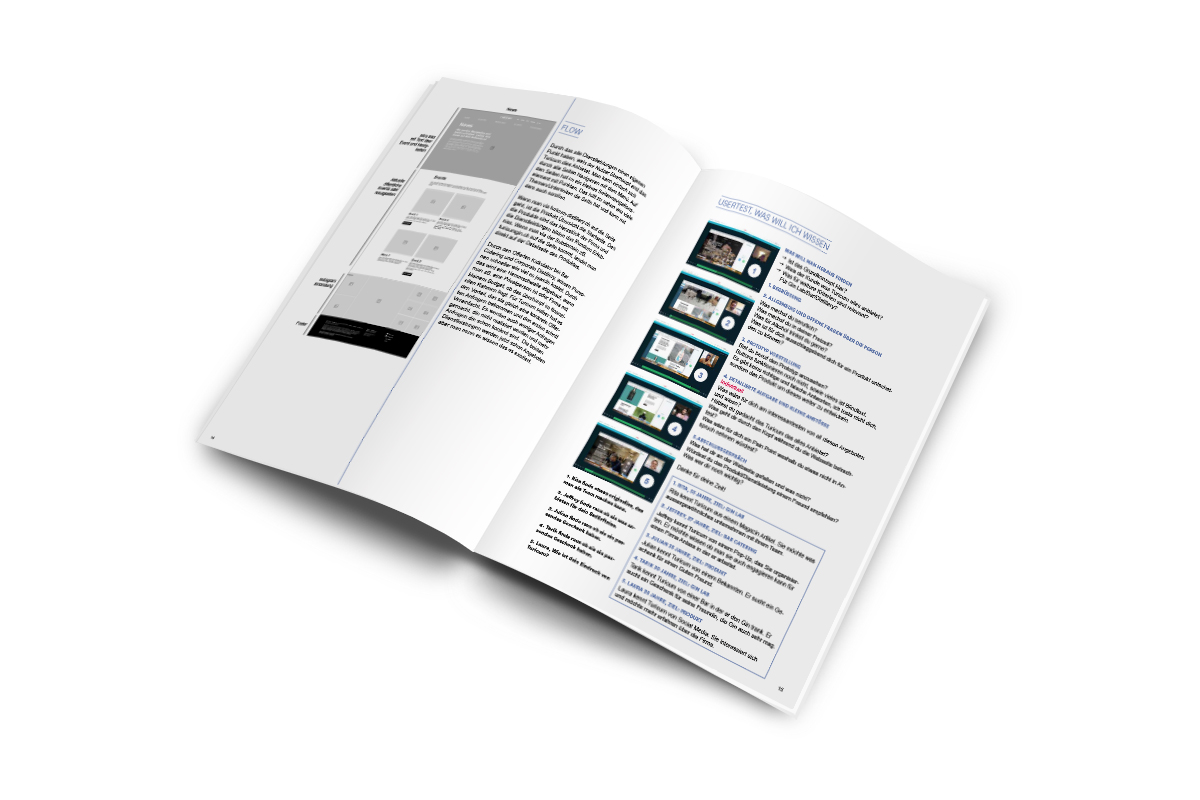